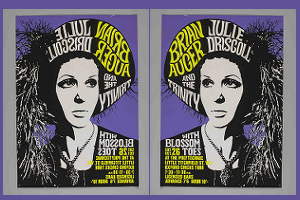 Popular Music
A staple of entertainment, music has often appeared as a focus of ESLJ contributions. The internet and changes wrought by digital media have been central to legal issues confronted during ESLJ’s early years beginning with historic flashpoints such as Free and Garnett’s focus on Sony & Others v. Easyinternetcafé or the Napster legal cases involving Metallica and Romanticism. (Not always two things immediately associated). ESLJ continues to welcome submissions on implications of specific contracts and agreements in an industry infamous (rightly or wrongly) for sharp practice, uncompetitive or antitrust practices. For other commercial and industry insights see also the resources of the University’s ‘MusicTank’ network. ESLJ has been open to leftfield topics such as blasphemy and is also attentive to mainstream contract and IP issues such as trade mark strategies for emerging music artists vital in today’s digitally-led music scene. Commentary on licensing issues in the past and in major world cities should continue to feature as concerns over the regulation and control of public space and the night-time economy mount. There are of course the perennial dilemmas over copyright and ownership including the figure of the neglected session musician increasingly emerging into the spotlight. (See also on sidemen this BBC documentary). ESLJ hopes in the future to feature material on plagiarism also considered on a related University of Westminster initiative ‘Lost in Music’. Future submissions on popular music topics are welcome in all categories. (Image courtesy of University of Westminster Archive Services. More images can be viewed here).

The Law, The Musician, His Band and Their Partnership Agreement: Comprehensibility, Comprehension and Compliance in a Legal Text

The Antitrust Implications of Minimum Advertised Pricing: The Case of the U.S. Music Industry

Freedom of Expression and Music Contracts: Is There a Place for Blasphemy Anymore?

Metallica and Morality: The Rhetorical Battleground of the Napster Wars

The Mayor’s A Square: Live Music and Law and Order in Sydney by Shane Homan